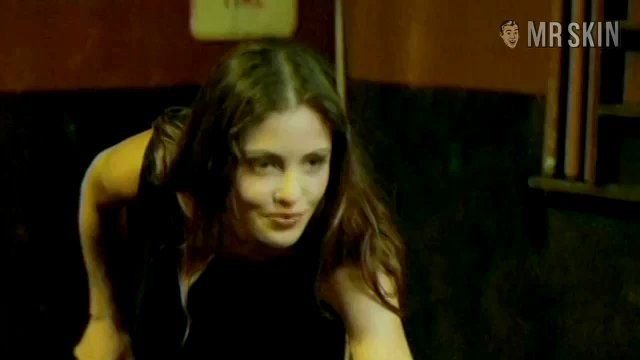 Swedish-born Cecilia Bergqvist may not have a name that rolls off the tongue here in the States, but she's Pretty Cool (2001). That was the name of her English-speaking gross-out comedy about cheerleaders that featured so much nudity that they had to throw the excess onto the DVD extra features. Cecilia marked her nude debut with this, and it's a weirdly erotic look at one of her breasts as she struggles to pull it up to her mouth so she can lick the nipple. She doesn't succeed, but watching her long tongue might give you ideas of other ways to utilize her body. If you want to see if those ideas were realized, check out Emmanuelle 2000: Emmanuelle Pie (2003), a take-off on the classic American Pie series, which is really a new edit to Pretty Cool with more sex added. Pretty cool, indeed.