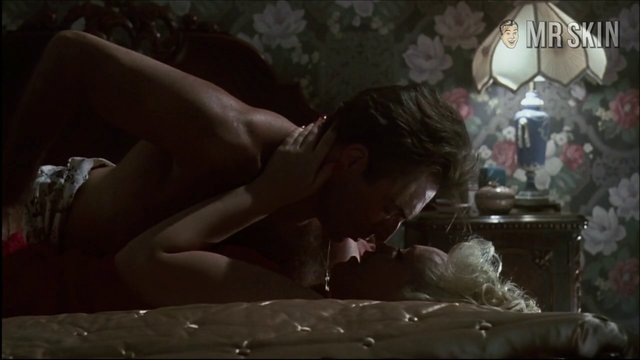 Remember when Martin Scorsese's Raging Bull (1980) was released and all the press was about Robert De Niro's weight gain? Well, the real story was that the director hired young blonde amateur Cathy Moriarty to play prizefighter Jake LaMotta's wife. The role made her a star and got her an Oscar nomination, plus a couple bruises thanks to De Niro's brutish improvisations, but what a small price to pay for introducing this luscious lovely to moviegoers. She went on to play the suburban seductress in Neighbors (1981) and got mam-handled in the movie version of the bestseller The Mambo Kings (1992). Sadly, those meaty boobs are fondled through a negligee. Sadder still, it's as close as the Bronx-born bombshell has gotten to getting naked.

Bless This House - as Alice Clayton

Stories from My Childhood - as NA