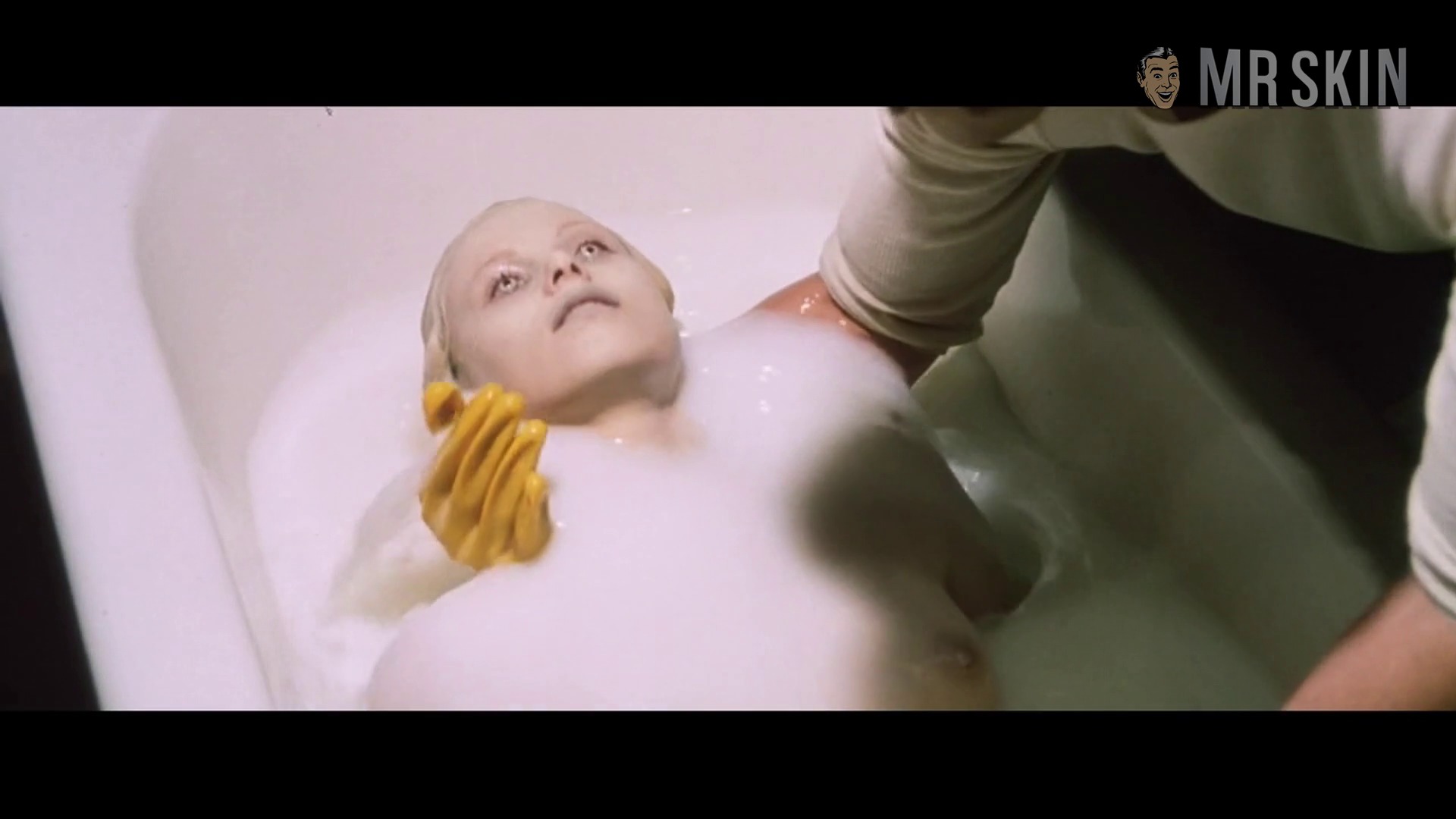 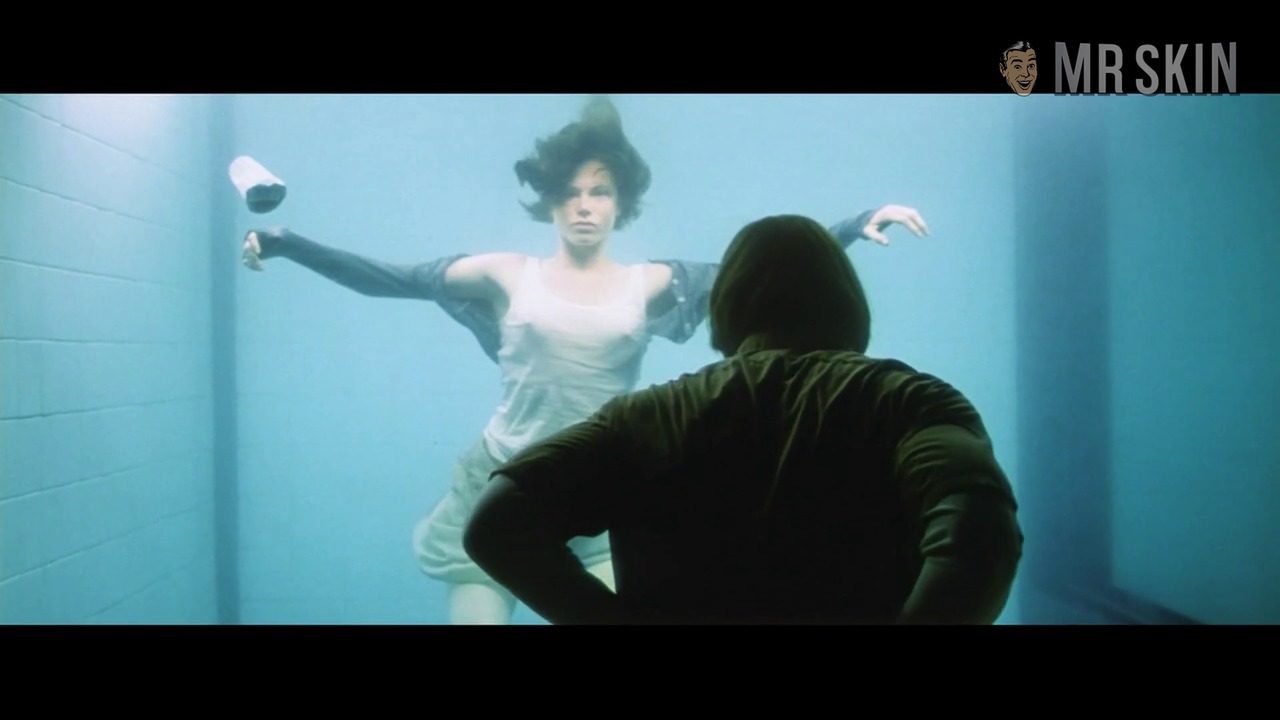 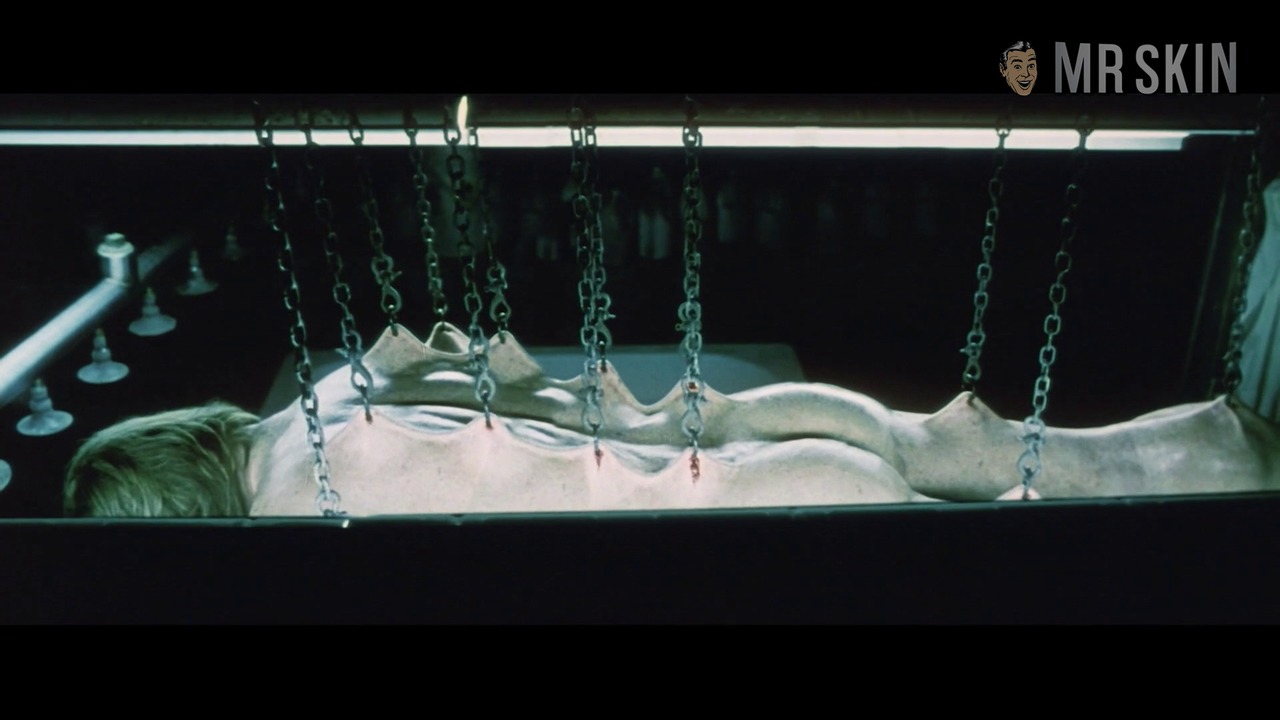 The Cell (2000) Nude, breasts 00:15:31 More dead dairy delights on the slab. Some guy is keeping her company--he just kinda hangs around. 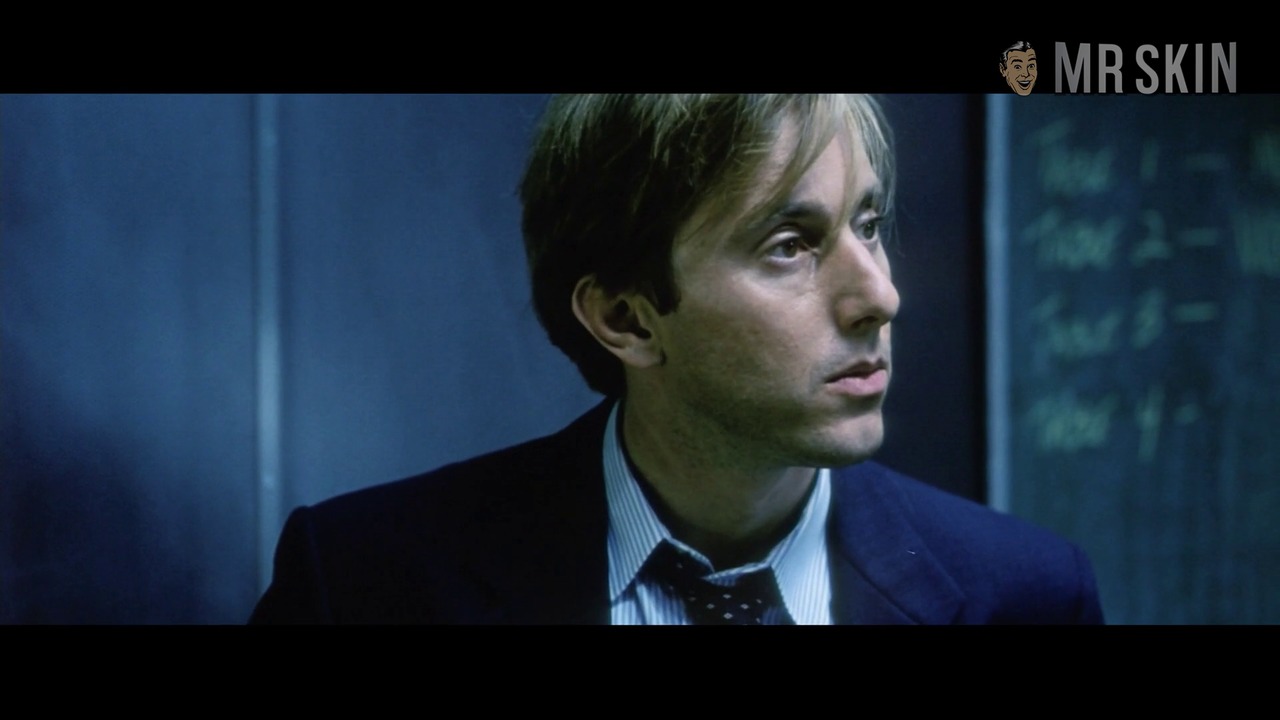 You know Catherine Sutherland as the sexy blonde superhero wrapped up in a skintight pink leotard, The Pink Ranger on the hit kiddie series Mighty Morphin' Power Rangers. Who can't get enough of the shapely beauty kickin' ass in an outfit that leaves little to the imagination? While being a role model for the kids takes up most of this hot young actress's time, she did manage to branch out and portray a recently murdered girl in the J. Lo thriller The Cell (2000). Since she has no lines, the director must have decided to make her part a little more memorable, so he painted her up in some white make-up (head-to-toe) and laid her out buck naked for the world to see. That's right: You can see the Pink Ranger stark-raving naked in a role as a corpse. If you look closely, you'll catch a fleeting glimpse of her namesake between those athletic legs.

7 Pics & 4 Clips
Nude, breasts 00:13:34 Poor dead Cat lies on a slab, getting her lifeless, frontally nude form hosed down. She's a tad bit pale.
Nude, breasts 00:15:31 More dead dairy delights on the slab. Some guy is keeping her company--he just kinda hangs around.
Nude, breasts 00:20:19 Ms. Sutherland's in stitches! A couple of suits view her post-autopsy titties at the morgue.