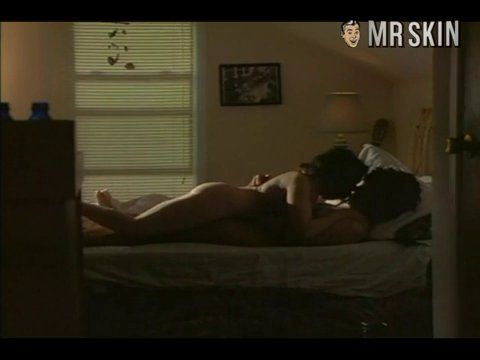 Out of Season (1998)
Nude, breasts, butt 01:14:00 Carol bares plenty of boobs and butt during this long, sultry, sapphic sex scene with Joy Kelly.

Carol Monda happens to be one of the bevy of young starlets on this site that have only appeared in one film, and presumably found the acting profession not to their liking. Carol falls well within this category, having only appeared in the lesbian love-affair flick ~Out of Season~. In it, she plays “Micki,” a jaded writer who is offered a life-changing situation when she goes to New York to care for her dying uncle. When she arrives, she meets “Roberta,” a lesbian with an eye on Carol. The two share a wonderful “love” scene in which they artfully show the full range of emotions that are raging within their respective characters. Both ladies get naked, and there is lots of kissing and caressing, lesbo-style. All in all, it is as good as it gets for a lesbian flick.