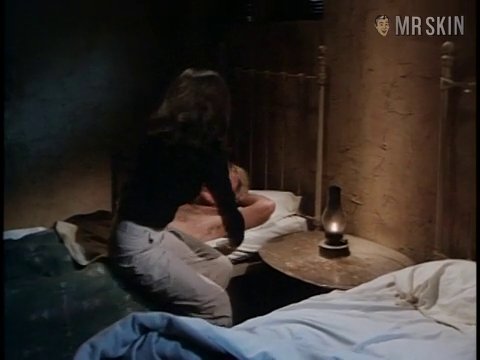 Carol Bagdasarian began her career back in 1969 with a small appearance as a teller on an episode of the hit TV series Mannix. Someone was watching, because she soon landed a more noteworthy role in The Strawberry Statement (1970). Nevertheless, Carol spent the next few years languishing on TV, taking single-episode parts on many of the major shows of that time, such as Lou Grant and Dynasty. More intriguing was her role in the made-for-TV movie The Great American Beauty Contest (1973). The looker returned to film sometime later and graced audiences with her sole skin in The Octagon (1980). She briefly flashed some hooterage whilst sitting on a bed with Chuck Norris, who decided for once not to kick ass but love it. Shortly after that, Carol returned to TV with a one-season stint on General Hospital. But after appearances in the theatrically released The Aurora Encounter (1986) and the made-for-TV movie Seasons in the Sun (1986), Carol dropped off the skin-o-meter. The poor little thing hasn't been the same since.