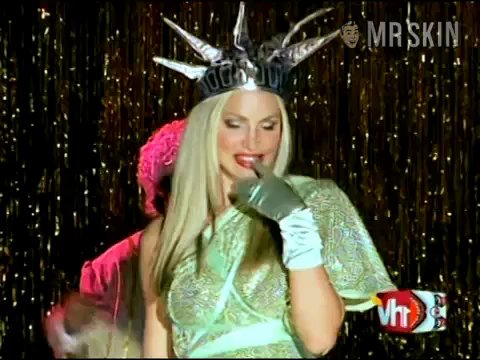 The Surreal Life (2003-2006)
Sexy, bikini Ep. 05x03 She whips off her dumpy Statue of Liberty costume and busts out some pillowy cleavage stuffed into a USA bikini top during a striptease. What caprice! 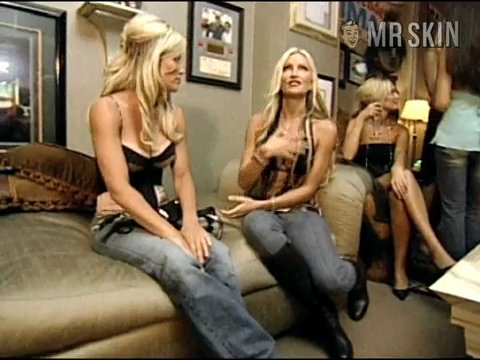 How's this for an auspicious debut: Blonde stunner Caprice Bourret first appeared on stage in the London West End production of Eve Ensler's The Vagina Monologues. From there she went on to act in Rent and became the face of Diet Coke, after previous spokesmodels such as Kim Basinger and Courtney Cox-Arquette. She's all over the boob tube in Britain, which may be why they preface their country with the adjective Great. Despite all the international acclaim, Caprice is a California girl and is best known in her home country for her stints on The Surreal Life and Celebrity Big Brother. Let's hope she follows in the skinful footsteps of other reality-TV stars who have lengthened not only their fifteen minutes of fame but viewers’ crotches by parading their naked ambition onscreen.

The Big Breakfast - as Guest Presenter

Friday Night's All Wright - as Co-Presenter

Hollyoaks: After Hours - as Saskia

Road Raja - as Herself