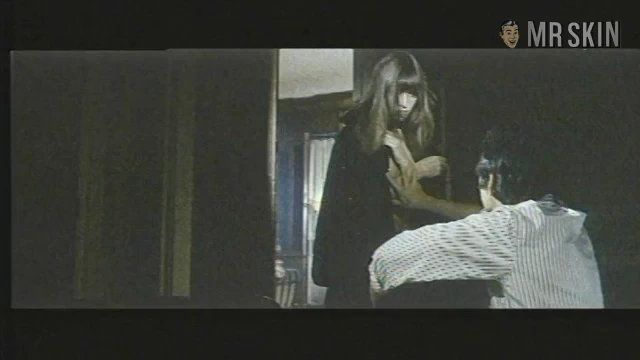 A drugs and murder thriller of international proportions, Cannabis (1969) is propelled by the frenzied trials and tribulations encountered by iconic French balladeer/actor Serge Gainsbourg. In the employ of a New York City mafioso, Serge hightails it to Paris to pick up a shipment of heroin, only to land in the middle of a spectacularly lethal turf war between rival dealers. Lucky for the crooning Frenchman, he has been befriended by iconic French actress/balladeeress Jane Birkin. Sweet Jane employs her eye-poking nipples and heart-winning cotton tail to rescue the embattled beau. In real life, Gainsbourg and Birkin had a passionate, headline relationship that bore them a daughter. So don’t be surprised by the tang of authenticity in their onscreen coupling.