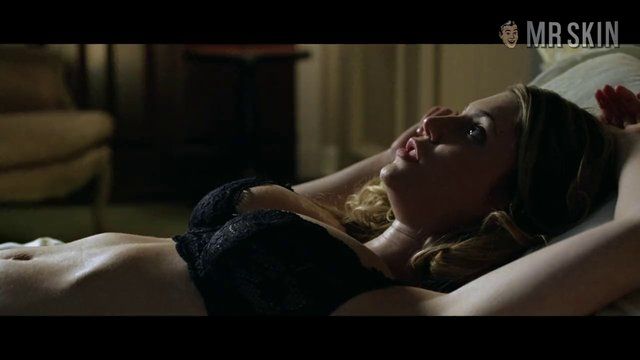 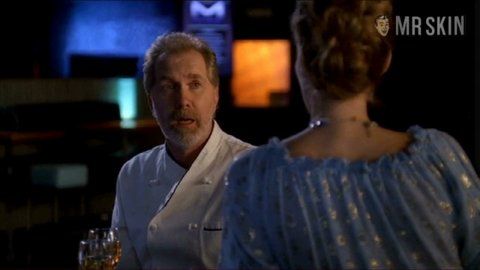 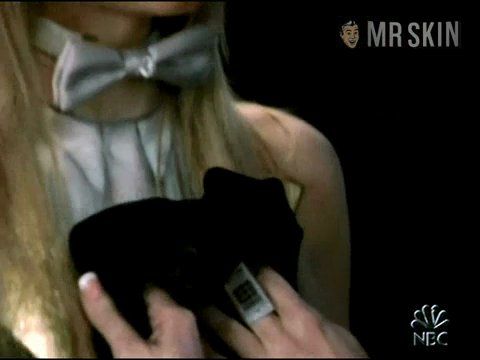 Will Camille Anderson be typecast as a naughty girl? The blonde Texan has played bit parts that, while not revealing her tit parts, have been very titillating, such as Elevator Hottie #1 in Rock Star (2001) and Santa Fe Tart in Intolerable Cruelty (2003). She also appeared in little more than body paint in an episode of the TV hit Las Vegas. Perusing Camille’s resumé also brings up a role as Victim in Psychotic (2002), which begs the question: is Camille a burgeoning Scream Queen? But the sexy actress with the large bosom says her heart is in comedy. She’s already got the humorous TV show Sketch Pad under her belt (oh, to be there . . . ). While this Texas tease has yet to show skin onscreen, she’s gotten awfully close in some steamy layouts for magazines such as Loaded. And Camille is featured opposite Owen Wilson in the yuk-fest The Wedding Crashers (2005), where she finally takes her bra off.