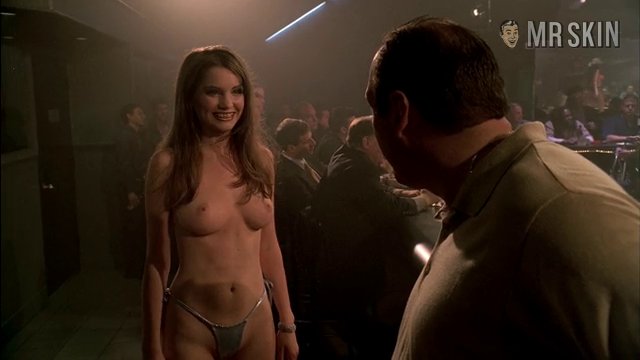 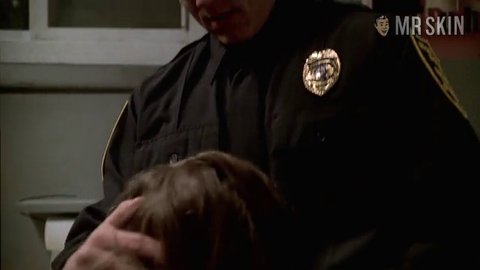 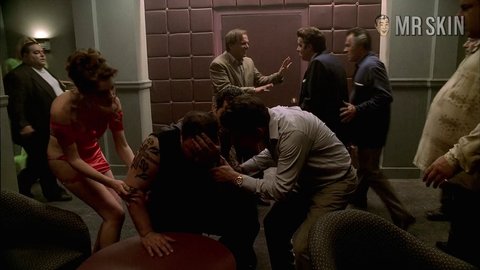 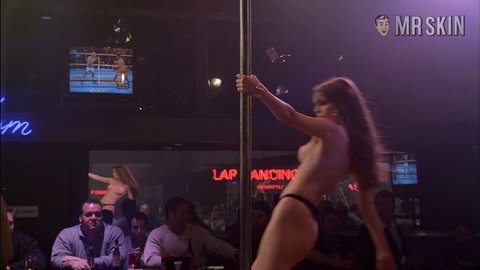 A star can still be born overnight, and Ariel Kiley knows all about it. Her first acting job was as the doomed stripper Tracee on that notorious 2001 episode of HBO’s The Sopranos. After that evil bastard Ralph beat her to death out back of the Bada Bing, every casting director in town had a call in to Ariel. She’s not hounded on the streets, though, since the role of Tracee required her to wear dental appliances that changed the shape of her face. Nothing was affecting the shape of her incredible tits, though, and she was easily the hottest stripper to ever . . . damn that Ralphie! Anyway, Ariel’s a dedicated actress who’s since been busy brightening indie films like The Deep and Dreamless Sleep (2003) and Exposed (2004). Is it too late to make a sequel to Showgirls (1995) or Striptease (1996)?