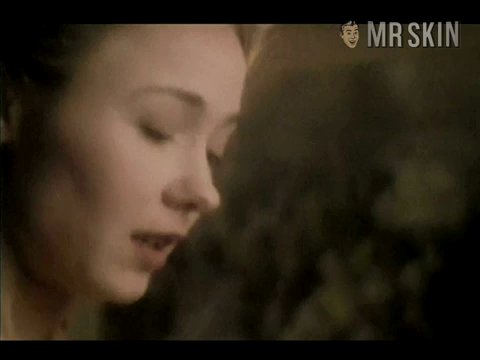 Witchcraft 7: Judgement Hour (1995)
Nude, breasts, butt, bush 00:56:00 April casts a spell on you after stripping off to more BBB action with David.

The mid-90s were a busy time for actress April Breneman. This buxom beauty appeared in everything from sequels you didn't know were made like Witchcraft 7: Judgment Hour (1995) to the Academy Award winning film LA Confidential (1997). In fact, in just four short years she made a dozen screen appearances, and some of them were so scintillating, we had to bring them to your attention! First up is The Feminine Touch (1995) where April's sensational snoobs are exposed as she and a guy are spied on! Then there's the aforementioned Witchcraft 7, where April bares her boppers once more, as well as giving us a look at her muff! Rounding things out is Shadow Dancer (1995) where she showers off, giving us another look at those ta-tas, and a nice long look at her untamed twitchet! It looks like she even got some lotion on it… Wait! You don't use lotion in the shower!