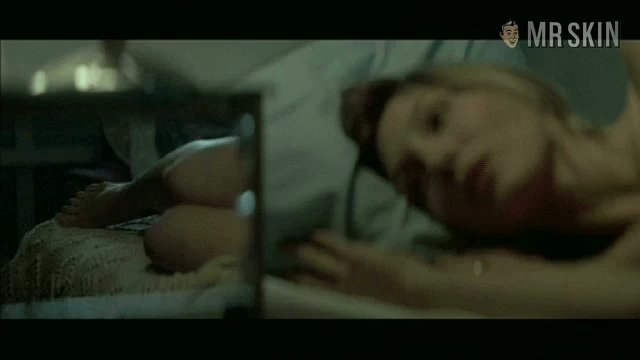 French actress Angie David burst onto the scene in 2004 as La maîtresse in the French comedic drama Happily Ever After alongside Mr. Skin Hall-of-Famer Charlotte Gainsbourg. Angie proved she was no slouch either, baring both boobs and even giving an ever-so-brief glimpse of the top of her bush as she got out of bed. In 2006 she appeared in Les Gens dans mon lit and The Man of My Life, but nothing so far has topped her toplessness in Happily Ever After. Come on Angie, how about some vangie?