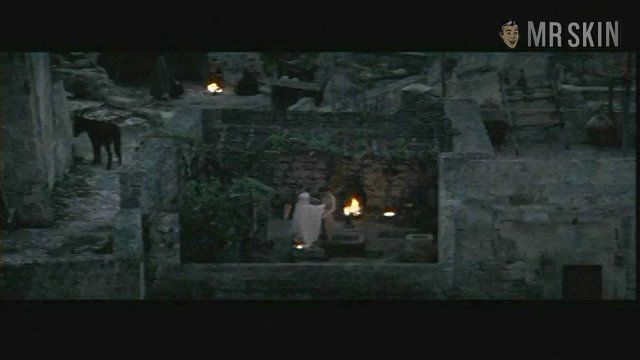 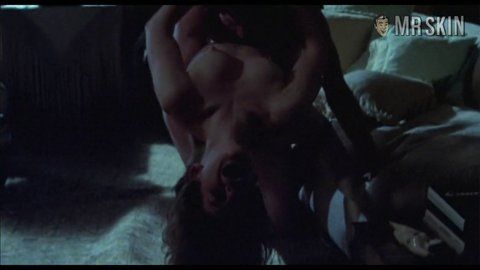 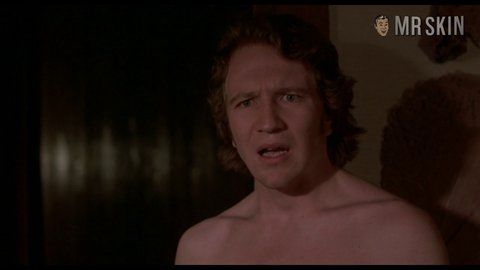 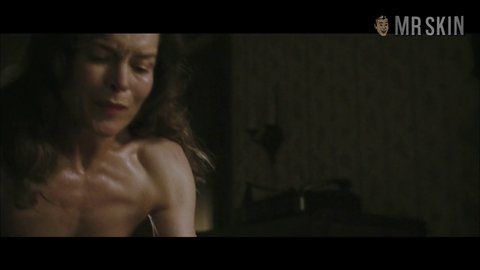 Alice Krige went to college dreaming of being a head shrinker. But after only one acting class she decided to become an act-chest, and heads everywhere began to grow in appreciation of this small-breasted brunette beauty. Smart move, too, as the first movie role she landed was in the Best Picture Oscar winner Chariots of Fire (1981). But she really burned up the screen with her next part, a booby-prize-winning performance in Ghost Story (1981). An aged Fred Astaire must have felt like a young hoofer again when Alice flashed her petite pair with the cherry-sized nipples on top. What a dish! She also got sudsy with a bathtub scene sure to clean up in your pants. Alice's career was moving forward in films such as Barfly (1987), Sleepwalkers (1992), and the hit British mini-series Scarlet & Black (1993), which exposed her bitty-titties. But she became the sex symbol for the pocket-calculator set with her role as the evil Borg Queen in Star Trek: First Contact (1996) and the sci-fi TV series Children of Dune. But the hairy-palm set find different tasty goodies in Alice's restaurant. On the nudity menu are Sharpe's Honour (1994) and Habitat (1996), which was sadly her last lustful exposure. But for the best of her breast, check her out as Bathsheba in the Richard Gere Biblical epic King David (1985). Somehow, Alice got muffish in a PG-13-rated movie. Don't beat around the bush; get this film and beat off to Alice's bush!

12 Pics & 2 Clips
Nude, breasts 00:21:00 Alice bares her upper Wonderland with a nice glance at her brief but hard nipples while she fools around topless.

3 Pics & 2 Clips
Nude, breasts 00:39:00 While laying in bed, Alice pulls the covers back and exposes those ripe berries.
Nude, breasts 00:40:00 Alice delivers a few more tittie flashes as she gets boinked by Obi-Wan McGregor.