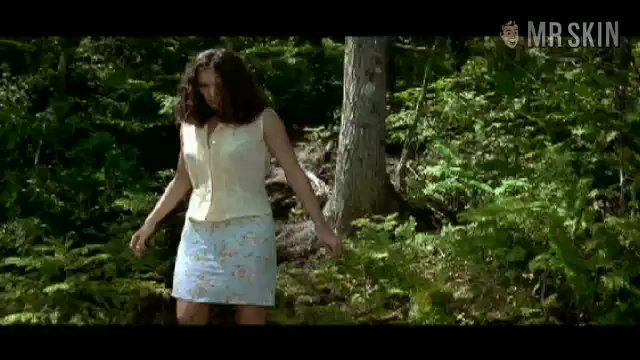 A Walk on the Moon (1999)
Nude, breasts 00:41:00 Diane shows a quick but more than satisfying taste of her rack of mam getting it on under a waterfall with Viggo Mortensen.

In the summer of 1969 an American man walked upon the moon, and thousands upon thousands of American kids descended upon a cow pasture in upstate New York to soak in the vibes, the dope, the rain and dirt and sunny skies of the Woodstock music festival. For the great majority of Americans, both these environments, the pocked lunar face and the muddy hippie meadow, were equally alien. Employing her trademark emotional transparency and eager, fragile yearning, brunette beauty Diane Lane is conflicted, released and conflicted again as a middle-class wife who takes a detour from her vacation in the Catskills and tumbles into the arms of a rugged, handsome free spirit who does things for her that hubby never has. She finds her head spinning in a precarious new orbit.