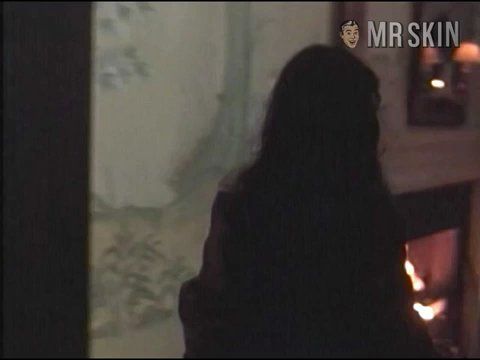 Mansfield Park (1999)
Nude, breasts 01:29:00 Hark! Be that Victoria Hamilton's right knocker making a prominent appearance as she humpeth thy shagger in yonder sack?

walked in on in bed skinvision

Vicky started out in and continues to stay mostly in television series and mini-series based on Shakespearean and Jane Austin works. Her acting talent is impeccable, and though her career is relatively young, she promises to become a leading lady in Hollywood in the not-too-distant future. Although she stars in high-falootin' roles such as "Cordelia" in ~King Lear~ and "Nerissa" in ~The Merchant of Venice~, Victoria is not afraid to show off her lithe, fertile-looking body; that is, when the role calls for it. Unfortunately, that has only happened once, in the film production of Austin's ~Mansfield Park~. Vicky is caught in bed with someone whom she most certainly shouldn't be with, and we get a brief look at her right breast. But, you know what they say; if you've seen one breast, you've seen them both!

2 Pics & 1 Clip
Nude, breasts 01:29:00 Hark! Be that Victoria Hamilton's right knocker making a prominent appearance as she humpeth thy shagger in yonder sack?

The Savages - as Jessica

The Time of Your Life - as Esther