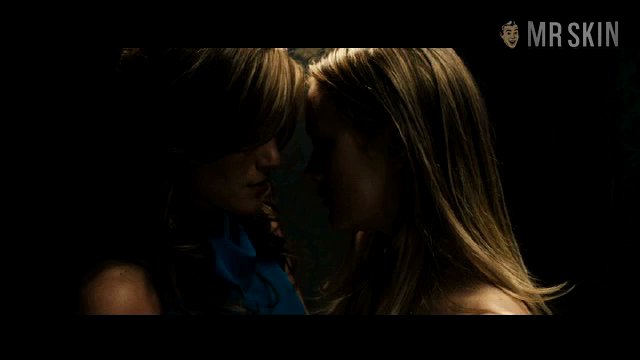 The Roommate (2011)
Sexy 01:07:20 Leighton Meester and Danneel Ackles are skintastic in this sexy scene!

Gossip Girl hottie Leighton Meester is a little too into her new bunk buddy in The Roommate (2011). Minka Kelly plays Sara, a college freshman that is paired up with the seemingly nice and friendly Rebecca (Leighton Meester) in her new dorm. The two bond, partying and exploring New York together, until creepy details about Rebecca, like her lack of online friends and her unsettling home life, begin to pile up- along with the bodies of their friends. Rebecca has become dangerously obsessed with Sara, and will kill anyone who she sees as a threat to their friendship. The Roommate, like the college dorm of every man’s fantasy, is jam packed with lithe, beautiful young actresses showering, changing, and lounging around in tiny terrycloth shorts. Minka Kelly gets down to her undies for two sexy scenes with her college bf, and Leighton Meester and Daneel Harris do a little college sexperimenting when they share an open-mouthed kiss. Leghton is crazy hot even when she goes off the deep end, engaging in a psycho seduction of an unsuspecting guy and tying up panties-clad Danell. The really crazy part? None of them get naked!