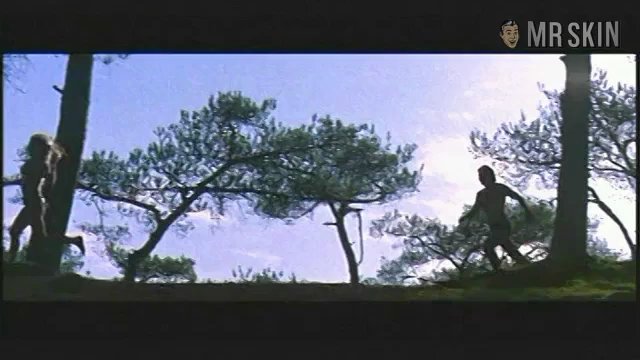 The Mighty Peking Man (1977)
Nude, breasts 00:36:00 Here's a nice long nipple-slipple as Evelyne runs through the jungle and her left juggle bobs free of her bikini. Oops!

Mighty Peking Man (1977) has nothing to do with Peking, China. This great ape is discovered in the Himalayan jungles. It also is not associated with the famous Peking Man, an early humanoid from 200,000 to 700,000 years ago. Thankfully, this has everything to do with a huge ape that is torn from its home and ends up destroying much of Hong Kong. Its only friend is played by the model Evelyne Kraft, who looks hot in her barely-there leather mini. She never gets completely naked for the camera, though there's enough nipple-slipple to satisfy the skinful. Maybe the ape gets a private show from Evelyne, which would explain the mighty in its name.