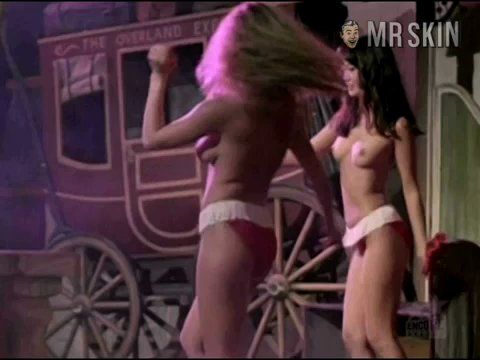 Honey blonde babe Susie Hall only made three films during her short career, but she left behind a legacy worth celebrating, particularly if you're alone right now! Susie's debut came in the film Forced Vengeance (1982), and her follow-up was four years later in A Killing Affair (1986) followed five years later by The Perfect Tribute (1991). She definitely knew a thing or two about pacing herself, which is what you'll want to do when you get a load of her sexy striptease from Forced Vengeance! Susie doffs her top to dance on stage, baring her bodacious boppers, which shimmy and shake all over the place! Susie Hall will have you haulin' oats!