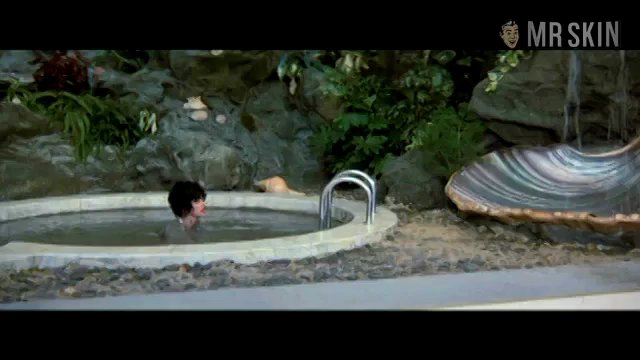 Curse of the Pink Panther (1983)
Nude, breasts 00:46:00 Lovely Lumley is looking very Joan Collins as she exits a mud bath with her dirty bazoobies all bare. 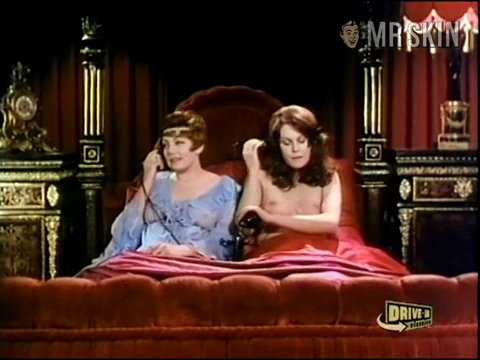 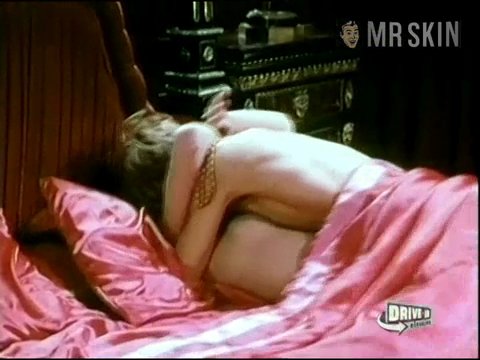 Games That Lovers Play (1970) Nude, breasts 00:50:00 Have a peep at her right peak when Joanna entertains a lucky gentleman in her boudoir. 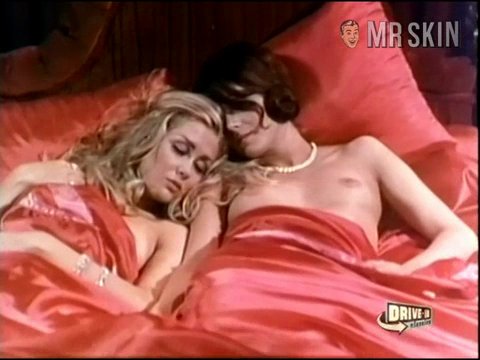 Joanna Lumley is best known for her role on the hit Brit-com Absolutely Fabulous, where she excelled as an excessive, boozy, druggie love kitten. But she has had a very long and fruitful career spanning more than three decades and shows no sign of letting up. Joanna began her career quietly enough in an uncredited role in the little-seen Some Girls Do (1965), and she was definitely one of the girls who did! She quickly moved up the proverbial ladder with a bit part in the Bond flick On Her Majesty's Secret Service (1969). Less than a year later, Joanna was commanding starring roles, and she took the lead part of Fanny Hill in the sex romp Games That Lovers Play (1970). Not surprisingly, the film was replete with nudity, including that of our heroine Joanna. Her familiar blonde locks were noticeably gone in lieu of her natural brunette coif, but it was hard to notice when her pert, young tits were dead center on the screen. After the film was made, Joanna shot to superstardom. Drool, Britannia!

Curse of the Pink Panther (1983) - as Countess Chandra

4 Pics & 1 Clip
Nude, breasts 00:46:00 Lovely Lumley is looking very Joan Collins as she exits a mud bath with her dirty bazoobies all bare.

3 Pics & 5 Clips
Nude, breasts 01:30:00 A still-topless Joanna dozes next to Penny during the closing credits. I'm sure that bed smells fresh as a daisy at this point . . .
Nude, breasts 01:29:00 A bunch of square old biddies look on, displeased, as Joanna and her dimly-lit lollipops get it on in the bed with Penny Braham and some random chap.
Nude, breasts 01:18:00 Is Joanna glued to her bed? It doesn't really matter--we get to see her jubs again as she yacks on the phone.
Nude, breasts 00:17:00 This ravishing brunette emerges from behind her silken sheets, wearing a big fat smile and brandishing perfectly rounded reelangers.
Nude, breasts 00:50:00 Have a peep at her right peak when Joanna entertains a lucky gentleman in her boudoir.

The Forgotten Toys - as NA

It's Awfully Bad for Your Eyes, Darling - as Sam Ryder / Ross

Jam and Jerusalem - as Delilah Stagg

Joanna Lumley in the Kingdom of the Thunderdragon - as Presenter

The New Avengers - as Purdey

Sapphire and Steel - as Sapphire