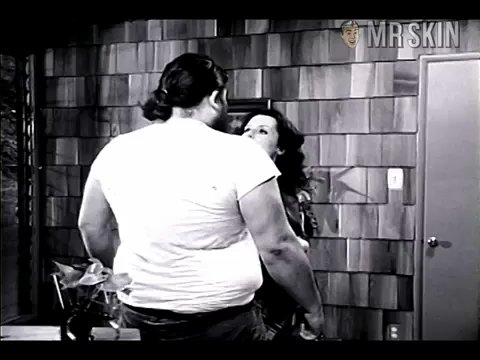 Starlyn Simone is a dark haired, shapely babe that’s built for fornicating. The amazingly sexy actress made a living appearing in various sexploitation flicks. Starlyn made her debut in the fleshy flick Country Cuzzins (1970), and we were in love since! The list is endless, but Starlyn looked breathtaking in movies like A Touch of Sweden (1971), The Dick & I (1971), The Sexcapades of Don Diego (1972), Hot Connections (1973), and A Climax of Blue Power (1975). We were really climaxing when Starlyn bared boobs and some bushy bush as a submissive housewife in the flesh-filled Video Vixens (1975). Starlyn films are hard to find, but if you see them, you’ll be hard!

Video Vixens (1975) - as Housewife and Sunbather