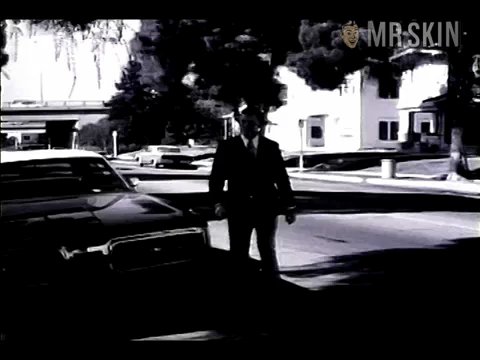 Gil is like so many one-named stars, except that unlike them no one knows who she is. That’s a shame. Granted, she didn’t exactly aggressively pursue stardom or even employment in show business, but her small credits as an act-chest produce large results in your pants. Her first role was in Video Vixens (1975), about a brash and crazed cigar-chomping network executive who pushes the boundaries of good taste by broadcasting a bawdy stag movie awards show. In this, Gil is seen in a polka-dot combo that has holes where her breasts should be, meaning that her breasts are out and about, as they should be. The only other credit we can find for the blonde bombshell is in the animated comedy short Pierre (1985). Come back, Gil, please!