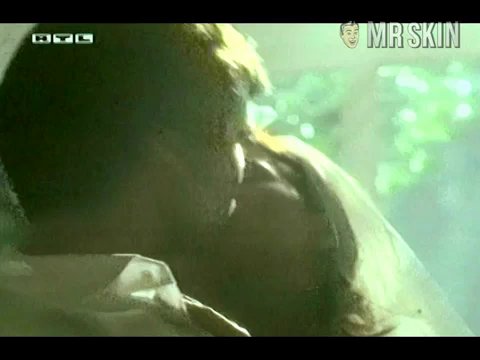 Schatten über meiner Ehe (2001)
Nude, breasts, bush 00:10:00 New bride Doreen doesn't even have time to doff her veil before she and hubby are consummating their union all over the damn house! Great tit shots throughout--brief bush too!

The chilling German thriller Schatten über meiner Ehe (2001) was alternately distributed under the title Die Frau, die Freundin und der Vergewaltiger, a title that loosely translates as “The Woman, the Friend, and the -”--an apt summary of its principal characters. Doreen Jacobi stars as the woman, a newlywed who barely has time to finish consummating her marriage before she’s thrust into a dangerous game with a relentless stalker. Thrills aside, the best part of this made-for-television drama is Jacobi’s wedding-night dalliance with lucky groom Thomas Scharff, who enthusiastically receives his newlywed’s barest assets.