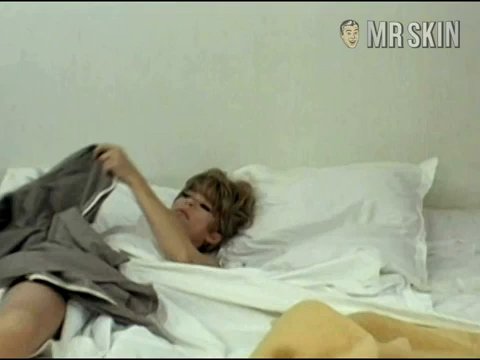 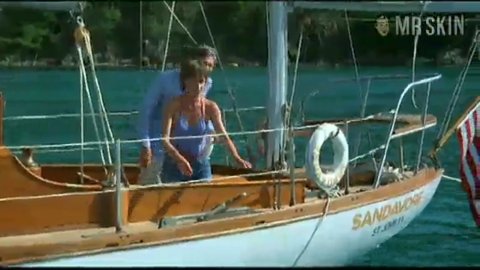 Talent, versatility, perseverance, and a hot rack and backside have been the mainstays of Puerto Rican wonder woman Rita Moreno's forty-plus years holding the fickle light of fame. As Anita, she was the only Latina in all of West Side Story (1961). In the early 1970s hers was a signature character on the long-running PBS kids show The Electric Company. As a sultry ingénue she labored beneath Marlon Brando as the acting heavy's longtime romantic liaison. And she recently kept an entire prison of caged testosterone at bay as Sister Peter Marie on the HBO melodrama Oz. Her nip slips are few and far between. Chi-chi spottings in Marlowe (1969) and The Night of the Following Day (1969) weren't followed up until Rita's bubble buns broke the surface as she swam butt naked in The Four Seasons (1981) at the tender age of fifty.

2 Pics & 1 Clip
Nude, butt 00:49:00 Rita's underwater, but that water's clear as cellophane so we get a good look at her rumble seat. Watch out for that pasty white man ass, though.

The Cosby Mysteries - as Angie Corea

The Electric Company - as Carmela

The Remarkable Journey - as Herself

Top of the Heap - as Alixandra Stone