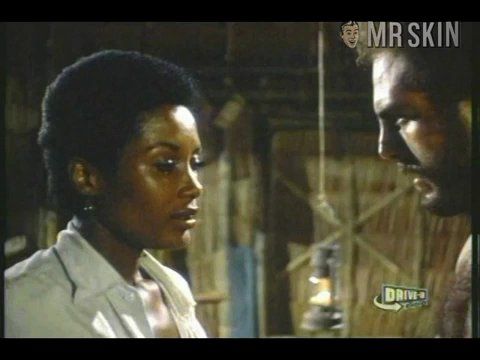 Rickey Richardson had to pay her dues in 1970, as an up-and-coming act-chest hungry for parts, and landing as 1st Nurse on the TV series The Bold Ones: The New Doctors. Everything was new in those days. But people knew talent when they spotted it, and they spotted it in Rickey. She exposed those talents in her next gig, as Ellie St. George in the exploitation flick The Hot Box (1972). No, sadly, she doesn’t show her box, but we are sure that if she did the movie would have to have been retitled the Hotter Box. This women’s prison movie doesn’t disappoint, though, with Rickey’s titties getting their close-up. After the Western Bloody Trail and an action movie, Bonnie’s Kids (1973), our black beauty retired. And we cried.