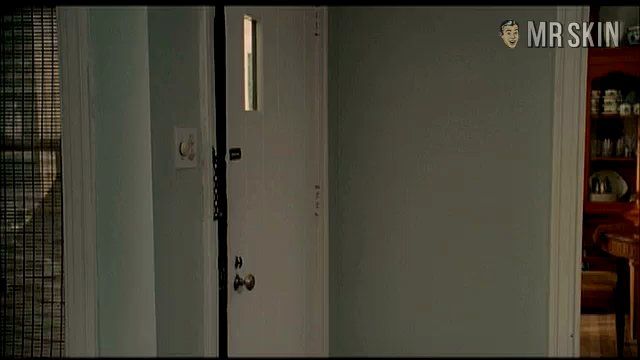 Ravishing Racquel Pennington made her debut in the 2008 low-budget comedy Weekend Junky. She didn't strip there, but things got a little better in 2010 when she played the "other woman" who's banging Heather Graham's cheating boyfriend in ExTerminators (2009). Heather catches her man in the act with a topless Ms. Pennington. Sadly, she's so quick to cover herself with her hand that we can't see Racquel's rack well.