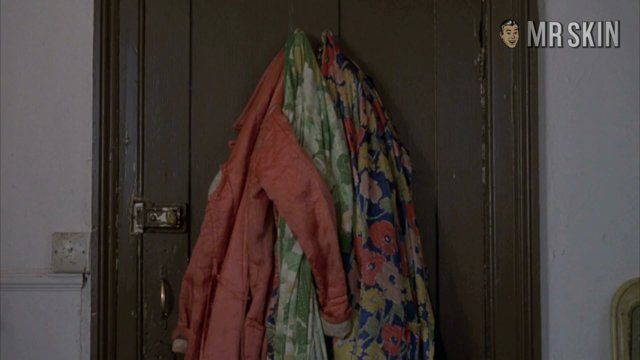 Pauline Melville is a Guyanese-born writer and act-chest of mixed European and Amerindian ancestry. She’s based in London, and is currently writing, but was first an act-chest. She appeared on the British comedy series The Young Ones and the movie Mona Lisa (1986). But if you really want to moan at her Lisas, then check out the film The Long Good Friday (1980). We thought this was going to be some religious flick, but it’s much better than that. It’s a gangster movie and Pauline only as a bit part as the blonde some guy is about to fuck when he’s rudely interrupted by Bob Hoskins’ gun. Pauline’s tits however are what makes us shoot off.