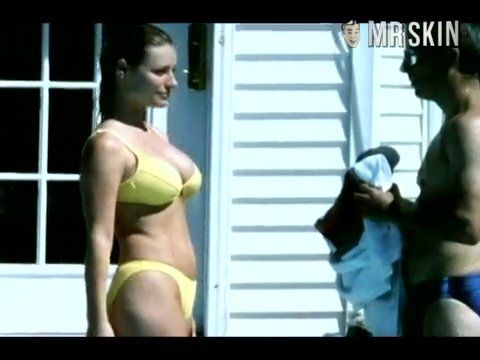 Harry Knuckles and the Pearl Necklace (2004)
Sexy, bikini Patricia Bellemore is skintastic in this sexy scene! 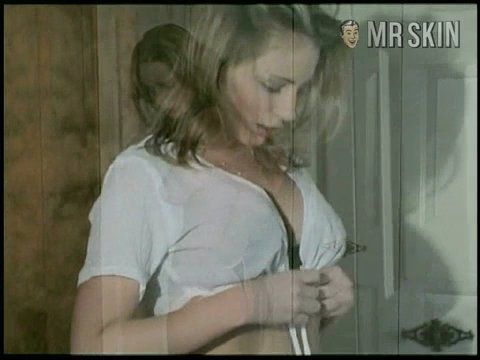 Hailing from Cornwall, Ontario, Canada is the plucky and pert Patricia Bellemore. Though this Candian cutie has only appeared in three films, she showed progressively more skin with each screen appearance, making her a rising star that will raise your bar! She stayed fully clothed in her debut film Gordon (2003), but her next film, Harry Knuckles and the Pearl Necklace (2004) finds Patricia strutting her stuff poolside in a skimpy yellow bikini that shows off lots of scintillating cleavage! But don't stop there because in Kottentail (2007), Patricia finally unleashes her lobbers, giving us a terrific topless scene and she even flashes her fanny at the camera! Patricia Bellemore will make your trouser snake swell more!

Harry Knuckles and the Pearl Necklace (2004) - as Virtual Girl