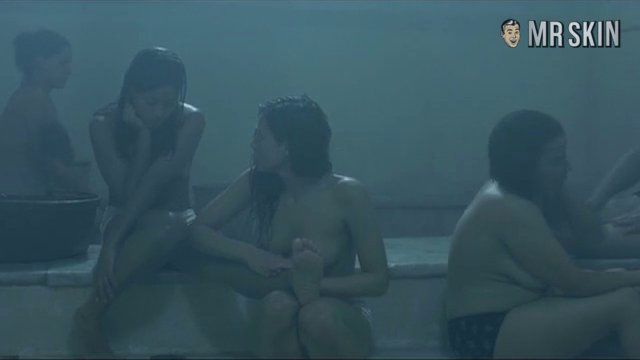 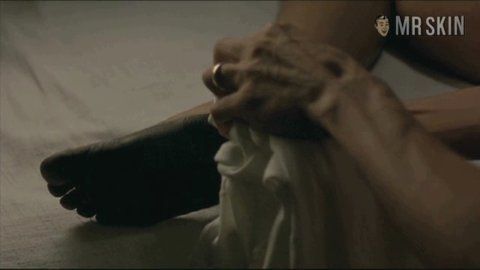 It’s important for an actress with only one film to her name to get naked in that film. But you don’t need to explain that to bronze-skinned babe Olympe Borval, who bares her boobs in a topless sauna scene in The Wedding Song (2008), where she plays a Muslim woman who is best friends with a Sephardic Jewish woman (Lizzie Brocheré) in Nazi-occupied Tunisia. It’s a tough time, but at least we get to see her Mt. Olympes as she is massaged by another woman in a steamy sauna scene.

8 Pics & 2 Clips
Nude, breasts 00:06:00 It's an all-girl, steamy, seamy hammam, and Lizzie, Olympe, and Karin all bare their foggy funbags. It won't leave you Olympe!
Nude, breasts 01:26:56 Catch Borval's beauteous boobages when her man takes a knife and slices her foot.
Live Cams - View all