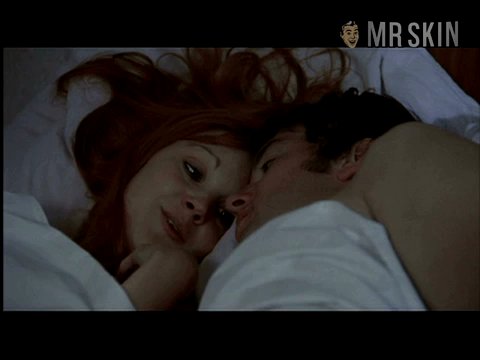 Nina Thomas is familiar to nerds as the recurring character Thalira in the British sci-fi cult TV show Doctor Who. It was around the same time that she became familiar to perverts with her feature film debut in Dead Cert (1974), a thriller about two horse owners who decide to ride their animals themselves in a steeplechase, but the results are deadly. The results of seeing this movie are also deadly if you happen to be a man, for your semen will die by the millions when Nina, in bed, flashes a glimpse of her nipple. It’s one of only a couple of films she’s done, having mostly worked on the boob tube, but it’s the nipple on the bosom of her work.

The Last Song - as Liz Carroll