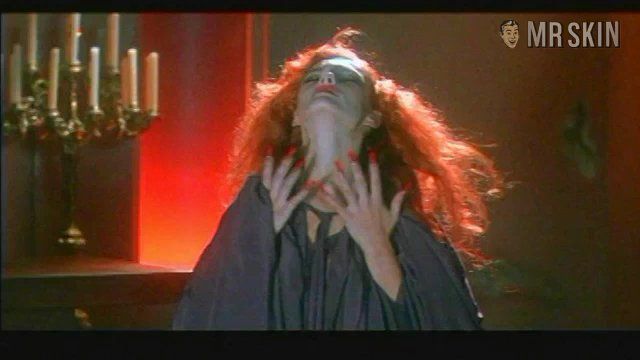 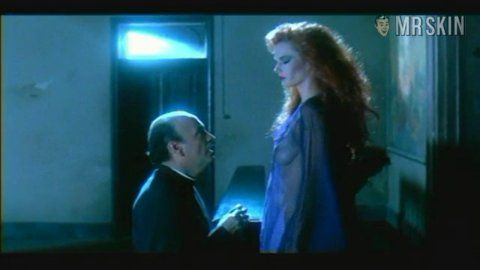 Nicole’s career, by all accounts, was all too short-lived. She only made her way into the warm glow of the cinema’s lights twice, starting with her debut performance in the 1986 B-movie horror flick Scared Stiff… usually the opposite happens, don’t you find… scared soft? Unfortunately, we were neither Scared, nor Stiffened by the picture. Moving on…She more than made up for that first performance, though, in her follow-up film (which, sadly, seems to be her last…) The Unholy in 1988. In her starring role as “Demon,” Nicole waits a whopping two minutes into the movie to flash her incredible rack, albeit through a sheer gown. Then, towards the end of the movie, she shows up again in the aforementioned gown to try to seduce the frigid priest at the center of the story, although this time, her dark and delightful pelt is plainly visible through the ever so sheer fabric. Whoever designed the costumes for this picture should have won a freaking Oscar! Who in the peanut gallery thinks they should have won an Oscar, hands up? Just your hands you shameless bloody animals! It’s unanimous.