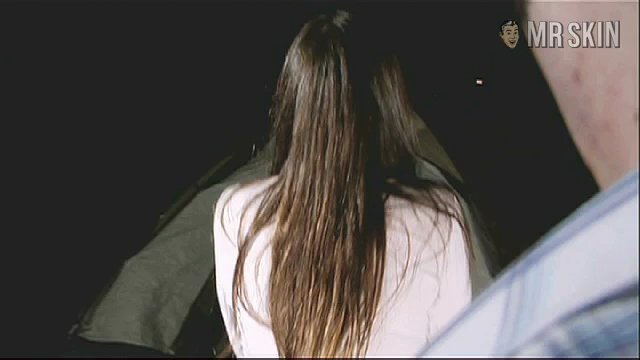 Aside from playing a bombing victim in a reenactment for the documentary Zero Hour, young brunette actress Nicole Bonin only has one credit to her name. But luckily she made it a good one by going topless in the horror thriller Psycho Ward (2007). As an appreciative young admirer looks on, Nicole strips off her bra in a tent, making for a light moment in an otherwise scare-filled flick.