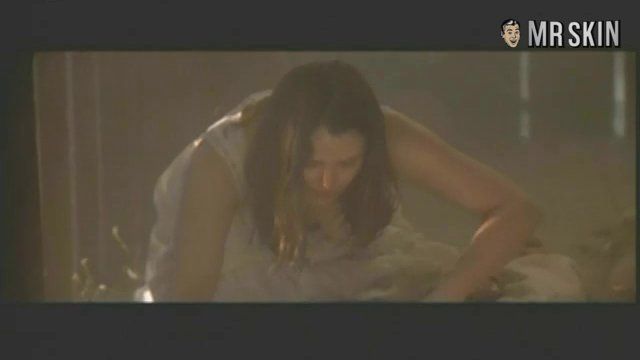 Natalie Canerday started her career out in Neil Simon’s 1988 outing Biloxi Blues, but it has been her longstanding relationship with Billy Bob Thornton that has given her the most opportunities in her career. After appearing in his 1991 effort One False Move, Natalie landed the unforgettable role of “Linda” in his landmark 1996 picture Sling Blade. After a few years of riding that wave, Natalie returned to the bosom of Billy Bob for a much-needed career boost with a role in South of Heaven, West of Hell, which, while written and directed by Dwight Yoakum, also happened to star the slack-jawed actor who undoubtedly had a hand in its production. While she has never appeared nude on film, Natalie offers up a look at her cavernous cleavage during a few shots whilst wearing a gaping nightgown-looking thing.