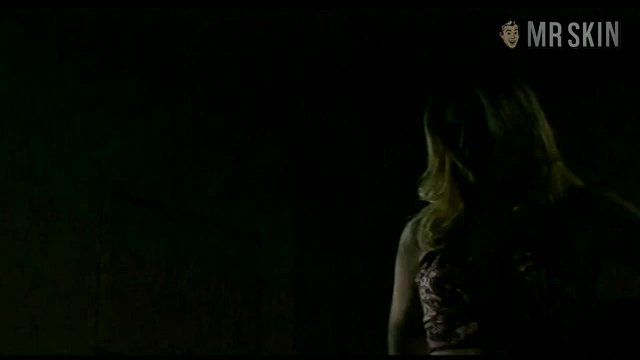 The Trip (2003)
Nude, breasts 00:39:00 Dark and shadowy but proportionately perfect boobs are revealed when Mindy doffs her top, dimly.

Mindy Ferguson made her debut in How the Grinch Stole Christmas (2000). Yes, the Jim Carrey family comedy. But those kids movies are always played on two levels. There’s the obvious one for the youngsters and then a subtler one for their parents. Mindy is part of the latter, playing a Sexy Blonde Who. Actually, that’s not too subtle. Next she was cast as a Ghost in Head Games (2001), a thriller. Her final role to date combines the sexiness of her first and the spookiness of her second. In The Trip (2003), a horror flick, she plays the Ghost Girl, who is a topless apparition.