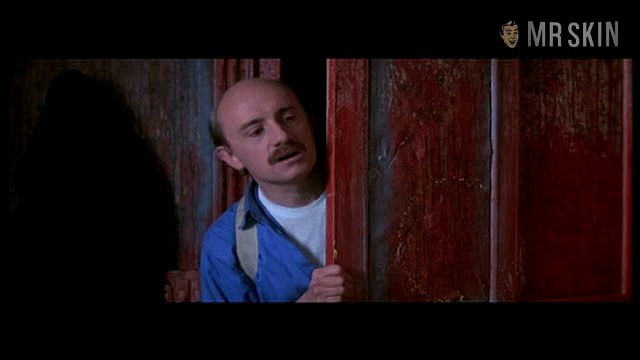 Sexy French beauty Mimi Felixine has appeared in about a half dozen films and TV shows over the years, but she is best known for her singing voice. She has released an album in her native France and works regularly doing voice over dubbing and singing for many movies including Disney hits like Hercules (1997), Tarzan (1999), and Pocahontas (1995). It is Mimi’s mammaries that we are most interested and they don’t need any overdub track because these bangers speak for themselves in Marche a lombre (1984) when Mimi asks a guy for some help washing her hair while she bends over a basin topless. As he soaks her hair you will be stroking yourself down there while watching Mimi wash then dry herself with her perfect flapjacks in clear view the entire time. Mimi’s magnificent corkers will leave you handling your porker!