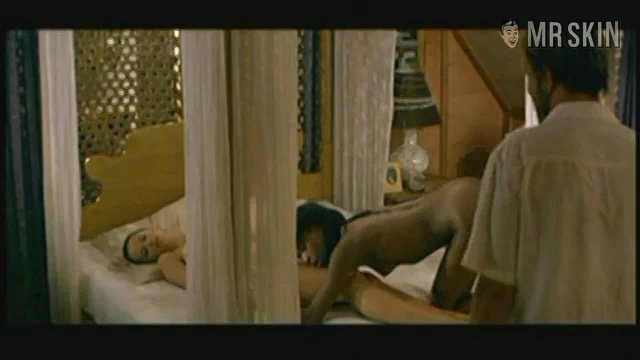 When you make your debut appearance in something called Spermula (1976), you’ve pretty much limited your career paths to two options: skin flicks or McDonald’s. The dark and radiant Radiah Frye dabbled briefly in the former before most likely ending up at the fast food chain. Yes, Spermula is an actual movie, one in which young girls are on the hunt for a bodily fluid which originates much lower than the jugular vein. After such an auspicious skinematic debut, this French Frye moved on to the one-two punch of Madame Claude (1977) and Good-bye, Emmanuelle (1977). It was in this last of Radiah’s romps that she got oiled up and slid her dark-meat dairy-cakes all over the ever-willing Sylvia Kristel.