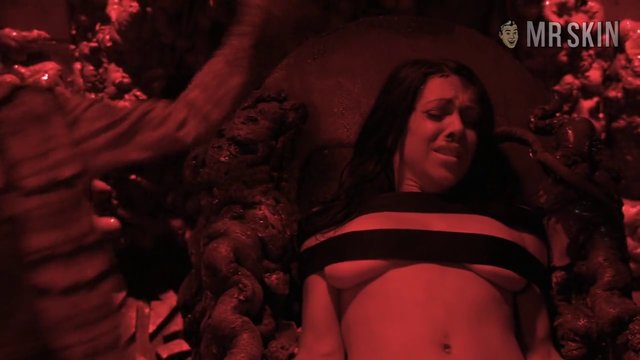 Buxom British babe Mildred Von Heildegard may only have one film on her resume, but she's a superstar in our book! This busty beauty's only film was the independent horror flick Evil Aliens (2005) where she played "Female Alien," a role that she was at least 50% qualified for! Mildred's massive mams get prominent placement in a strange topless scene! Her humungous hooters are out for all to see, but she's wearing some strange alien makeup, making it potentially a turn-off for some, and a tremendous turn-on for others! Either way, there's no denying that Mildred Von Heildegard will get you hard!