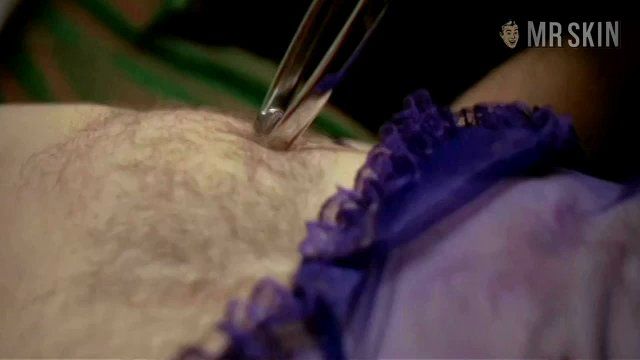 Melyssa Ade was born in Yellowknife, Northwest Territories, Canada, but there's nothing about this carnal Canuck that scares Mr. Skin's flesh knife. She debuted on the TV series Max Glick, but it was her brief but mamorable role in Jason X (2001) that could add a couple more Xs to the title. At the end of the film, when Jason is trapped in a virtual reality world, he finds himself back at Camp Crystal Lake. He spots several '80s-era teenagers who remove their tops, one being the busty Melyssa. They ask if he wants some beer and pot. One then mentions they could have premarital sex. Topless and sporting a tight pair of panties, Melyssa gets into her sleeping bag. Can't say we'd do what Jason does next. Better to offer Melyssa some sexual Ade.

Master Control - as Herself