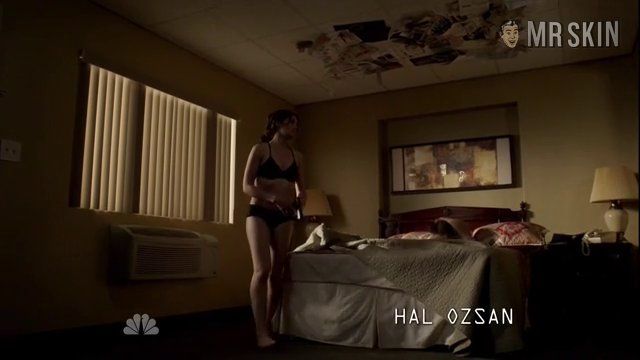 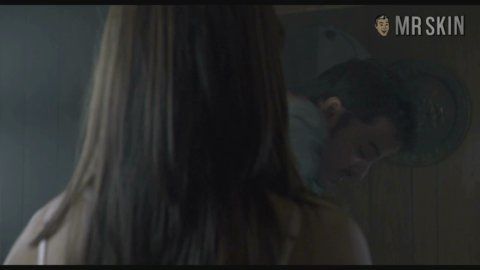 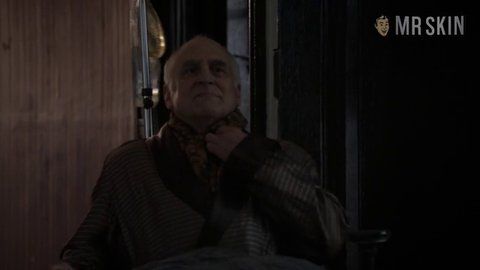 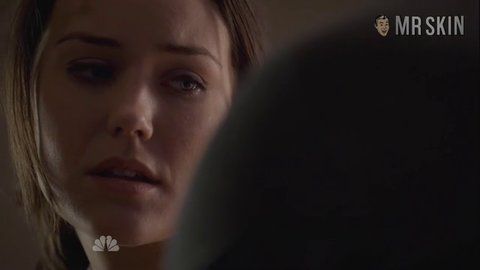 After her debut in the dramatic short Elijah (2001), Megan Boone appeared in the 2007 western The Mustachioed Bandit Meets His End and in episodes of The Cleaner and Cold Case. In 2009 Megan entered a new dimension with her sexy supporting role in My Bloody Valentine 3-D. The Michigan-born Florida-reared hottie shows up in a pair of blue short shorts that gradually creep up to give us a camel toe-riffic view of what’s doing underneath that cotton fabric. Megan moved on to show off her sexiness in the films Sex and the City 2 (2010), About Cherry (2012), and Step Up Revolution (2012). The dark-haired babe stepped up and out her clothes again, giving us a view of her bra and panty-clad body on an episode of the NBC drama The Blacklist, where she portrays an FBI profiler. That’s a female body Mr. Skin would love to inspect. Since Megan has yet to get nude on the big screen, you might want to scour the ‘net to check out a scene from her alleged sex tape. If that is actually her, she’s quite a screamer, and that will probably turn you into quite a creamer!