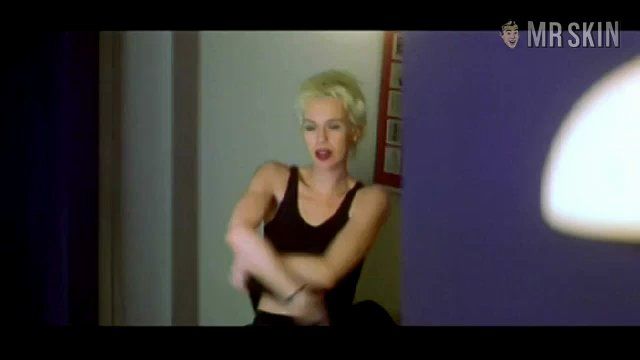 Masterpiece (2000), or Obra Maestra, is a comedy about a couple of guys who just want to make a film, but can’t until the character played by Ariadna Gil agrees. She’s a famous actress, a bit of a bitch and unbelievably hot, so obviously she’s uninterested in a project by a couple of unknowns working below low budget. She what’s any enterprising young creative going to do? They kidnap her and make her participate. You got to give the guys an A for Attitude and an I for Illegal. Also, you’ll want to give Ariadna a B for boner, because she’ll give you one when getting topless, which she does.