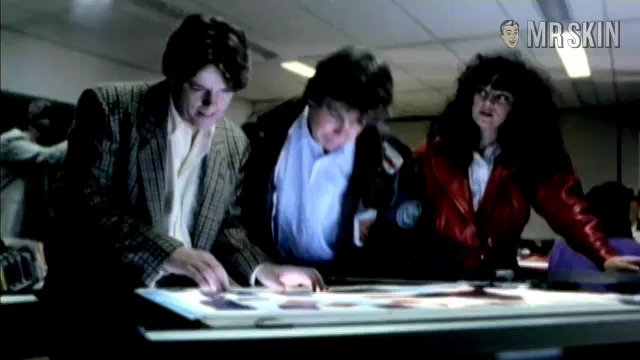 Hailing from the Netherlands where she was born in 1962, Dutch delight Mariska Van Kolck has made a living as both an actress and a voice actress since the mid-80s. In addition to that, she is a tv personality who makes frequent appearances on various popular Dutch tv programs. Though her work has almost exclusively been on tv, she's managed to appear in two feature films De Guille Minnaar (1990) and Pipo en de p-p-Parelridder (2003) and provided the voice for the character of Mrs. Zuckerman in the Dutch dub of Charlotte's Web (2006). We have to go all the way back to 1990's De Guille Minnaar to find her only nude scene where she appeared fully nude pressed up against a guy! We get to see most of her mams and even her moneymaker as she and the guy roll around on the bed! Too bad she didn't change her name to Mariska Van Cock!

Bij Ron of André - as Herself

Wie ben ik ? - as Herself / Presenter