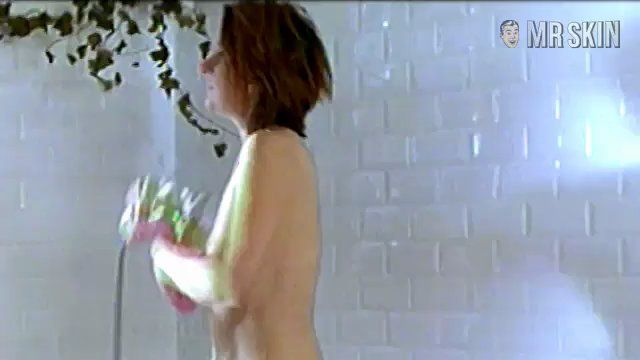 Marina Rodriguez-Tomé speaks four languages, but you don’t need to know French, Spanish, Italian, or Portuguese to understand what makes this actress a real tongue twister. Though she’s been acting since the late ’80s, it wasn’t until Du poil sous les roses (2000), a comedy, that this small-breasted babe got the lust laugh. She’s in the bathroom washing in the tub, while a fully dressed girl with a camcorder films her in digital close-up. It’s a muff-see.

5 Pics & 1 Clip
Nude, breasts, bush 00:18:00 Marina flashes full-frontal flesh, complete with a couple of incredible close-ups of various body parts whilst cleaning up in the bathroom.
Live Cams - View all