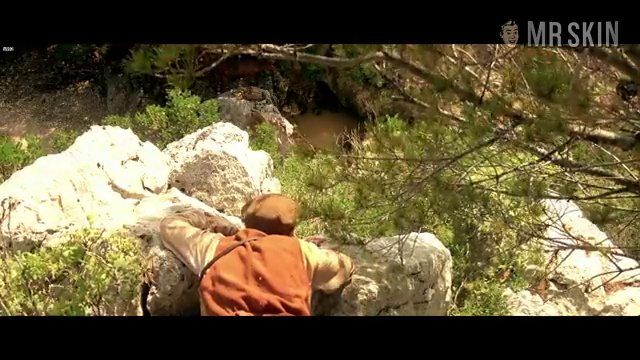 Manon of the Spring (1986)
Nude, breasts, butt, bush 00:12:00 Emmanuelle goes skinnydipping, then dances a Gaelic jig among her goats as the old fella tries to sneak a better look at her. Can't argue with his logic...

Manon of the Spring (1986) is about a beautiful but shy shepherdess who plots vengeance on the men whose greedy conspiracy to acquire her father’s land caused his death years earlier. Who know shepherding was so dangerous. It is, so much so, that this is actually a sequel to an earlier French film. This “part deux” occurs a decade later, and it has an O Henry ending, which we won’t spoil, unless we just did by saying that it has an O Henry ending. This movie, then, has so many unexpected twists and turns that we highly recommend it. Well, we highly recommend it for Emmanuelle Beart. She plays the shepherdess and does a naked dance among her goats while being spied upon. Why she does this, we can’t say, but it does act like a fertility dance for us.