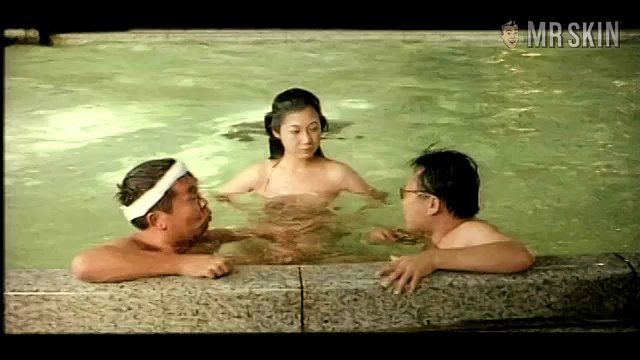 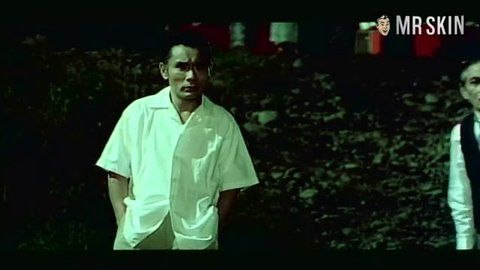 She was born in Sweden, but Maiko Kawakami is best known for her Japanese adult work in Debeso (1996). The waiflike Asian was made to appear in this bawdy tale of a vaudeville troupe in rural Japan. But it’s off stage that Maiko really shines, such as in the bathhouse where her seat meat and boobs are washed down by a gal pal. Not that the show is bad. There’s a later scene in which Maiko pleasures herself with a long-nosed mask. Mr. Skin loves the theater!

11 Pics & 2 Clips
Nude, breasts, butt 00:54:00 God bless the ubiquitous bathhouse scenes. See Maiko's mouthwatering mams and meat seat as she gets scrubbed down by a helpful, anonymous gal pal.
Nude, breasts 01:30:00 Maiko's kimono slips aside to flash her teats and seat as she probes herself with a loooong-nosed mask. Whoa.

Botan to bara - as Kyôko Mikami