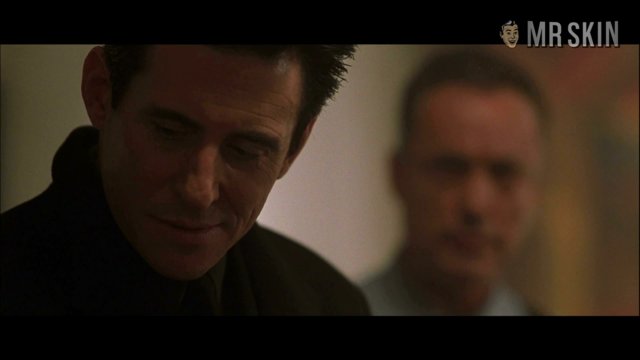 End of Days (1999)
Nude, breasts 00:40:10 A left-lobber flasheing Lynn (on the right) enjoys some seriously steamy 3-way action with Linda Pine and Satan.

When Lynn Marie Sager was cast in her debut Fire in the Sky (1993), a biography of an Arizona logger who mysteriously disappeared for five days in an alleged UFO encounter in 1975, we were struck by her out-of-this-world beauty that we probed ourselves. But her breasts remained unidentifiable in her short career of only four credits, which includes the TV movie In the Line of Duty: Blaze of Glory (1997) and Natalie’s Rose (1998). Then came the devil-made-her-do-it horror flick End of Days (1999), where Lynn was playing the Head Priest’s Wife, and while she wasn’t giving the priest head, she was doing pretty much everything else.