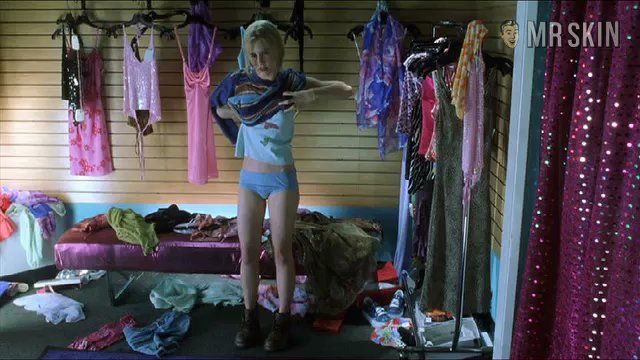 Liz Stauber caught the acting bug early, though she’s yet to catch the skin bug. She’s appeared in bit parts in such big movies as Almost Famous (2000), White Oleander (2002)—where she looks sexy in her undies—and The Village (2004). But until she flashes her parts, Mr. Skin will be waiting with (mastur)bated breath.