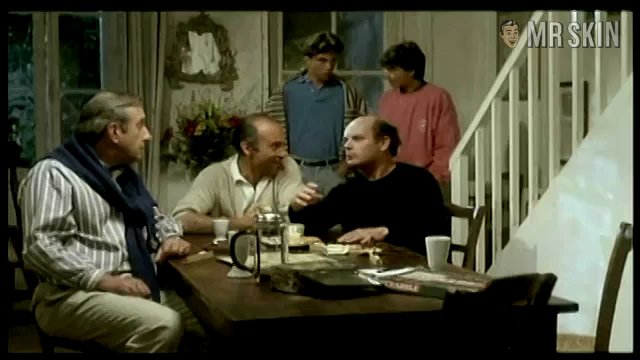 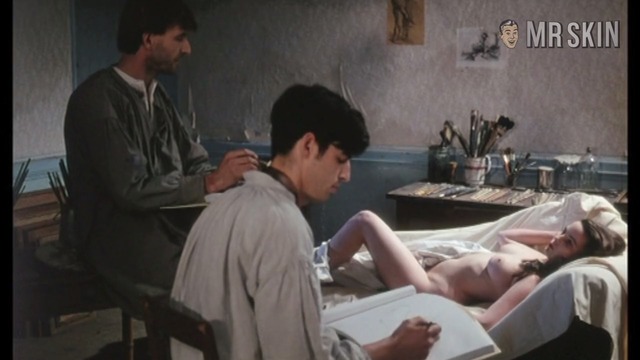 Hailing from the land of croissants and fine wine is Leslie Azzoulai. This French fox only made six screen appearances between 1989 and 1997, but she knew enough to make them count! She kicked things off on the right foot, getting nude in her debut film Les maris, les femmes, les amants (1989), or The husbands, the wives, the lovers. Check out Leslie's luscious lactoids as she doffs her top alongside similarly topless co-star Alexandra London! Too bad these ladies didn't feel like, you know, making out or something. That could have really kicked things into high gear, but you'll never get sick of slapping your salami to Leslie Azzoulai!

3 Pics & 1 Clip
Nude, breasts 00:24:32 Some fantastic full frontal from Leslie as she poses for a pair of painters!

1 Clip
Nude, breasts 00:57:00 Leslie (in the blue) and Alexanda (in pink), both bicker and bare bitty beanbags while changing.
Live Cams - View all