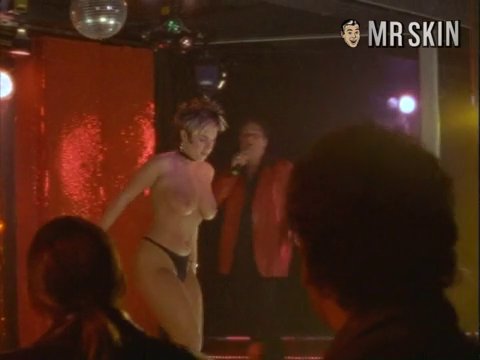 Busty part-Iranian babe Leila Hashemzadeh got her start in the skin-filled softcore romp Staying on Top (2002), where she got totally naked and showed her rack and rug as some guy nailed her on the toilet. In 2002 she also appeared in Playboy Real Couples III: Caught on Tape and followed up by getting topless as a stripper in Hatchetman (2003), where she worked once more with her co-star Mia Zottoli. These days Leila has her own line of clothing called Hood Stars. But Mr. Skin thinks the real stars are on Leila’s chest.