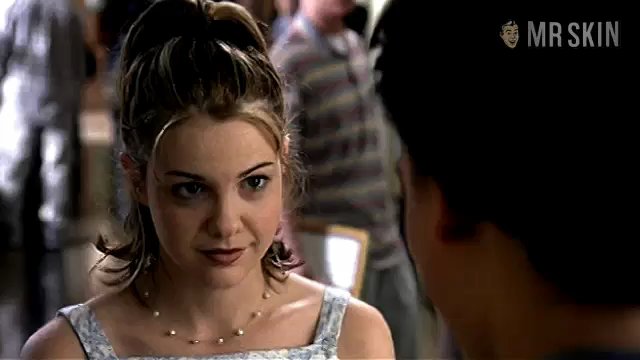 The Secret World of Alex Mack inspired the secret imagination of young men everywhere during the mid-'90s--and the idea of a teen with superpowers had little to do with it. Instead, Larisa Oleynik was the true secret weapon in the titular role. She finally grew up, too, sending our gonads into orbit with her turn as an alien's girlfriend during her two-year stint on 3rd Rock from the Sun. Then she gave us--well, some of us--10 inches to love her as Julia Stiles’s sister while parading in low-cut tops in 10 Things I Hate About You (1999). The bad news is that the hit comedy didn’t vault Larisa into major stardom. Instead, she’s made a transition into adult roles with indie films such as An American Rhapsody (2001) and Bringing Rain (2003). We still have high hopes and inseams for the Skinematic World of Larisa Oleynik!

The Secret World of Alex Mack - as Alexandra Mack