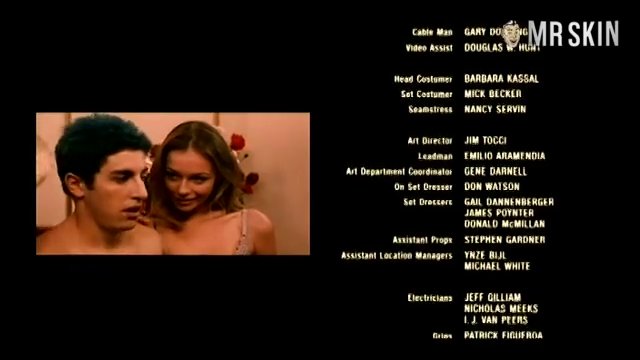 Boys and Girls (2000)
Sexy, underwear Kristy Hinze is skintastic in this sexy scene!

Poised, perfectly pretty, with a brilliant modeling career, you’d think that tow-headed taste treat Kristy Hinze almost has it all. Then you learn that since 2005 she’s been dating Jim Clark, a billionaire who happens to own Netscape, and you realize that, yes, she really does have it all! After starting professional catwalking at a not-even-barely-legal fourteen, this Australian eyeful went on to pose for Sports Illustrated’s skinfamous swimsuit issue in 2000, as well as appearing in lusciously lacy lingerie for Victoria’s Secret. She’s been branching out into moving pics—don’t miss her speedy but super succulent spot in the comedy Boys and Girls (2000). She struts her stuff in a slinky bra-and-panties set, and you’ll be praying for a peek at that Hinze end.