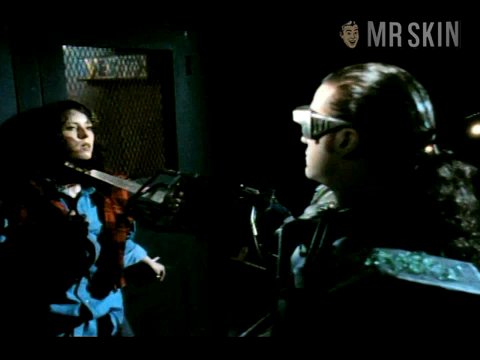 It was with the made-for-TV actioner Mortal Challenge (1996), a.k.a. Death Game, that Canadian cutie Kristina Copeland came to be noticed Stateside. She’s takes off her shirt and expose her meaty snowballs. Rather than melt in one’s pants, such a sight makes a man stiffer than an icicle, but so much hotter. She went on to appear in Catch Me If You Can (1998)--no, not the famous one, but a TV movie. Geeks may recall her guest spot on Gene Roddenberry’s Andromeda and cameos in a couple episodes of Stargate SG-1, and she’s still working the B-circuit, most recently in Alien Incursion (2006). But if she wants to raise her stock, then she’ll lower her shirt again and raise our stocks.