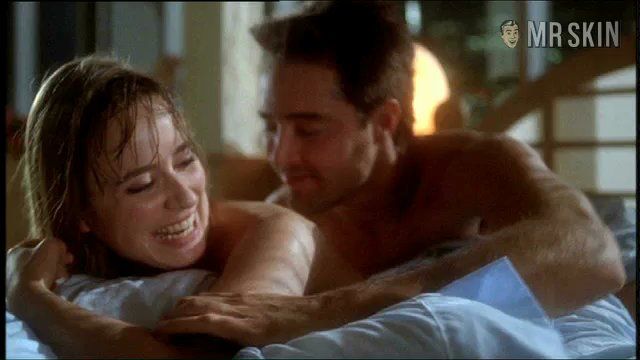 With a sister and a mother in show business, Québécoise cutie Valérie Valois was destined to act. She first appeared in French-Canadian television shows like La Maison Deschênes and Chambres en ville, but in 1991 she had her first English-speaking role in the sci-fi flick Scanners III: The Takeover (1991), which was filmed in Montreal. At the one-hour-twelve-minute mark, Valérie p-rack-tically takes over the movie and her topless scene. It'll have you scanning her cans until you explode in your pants.